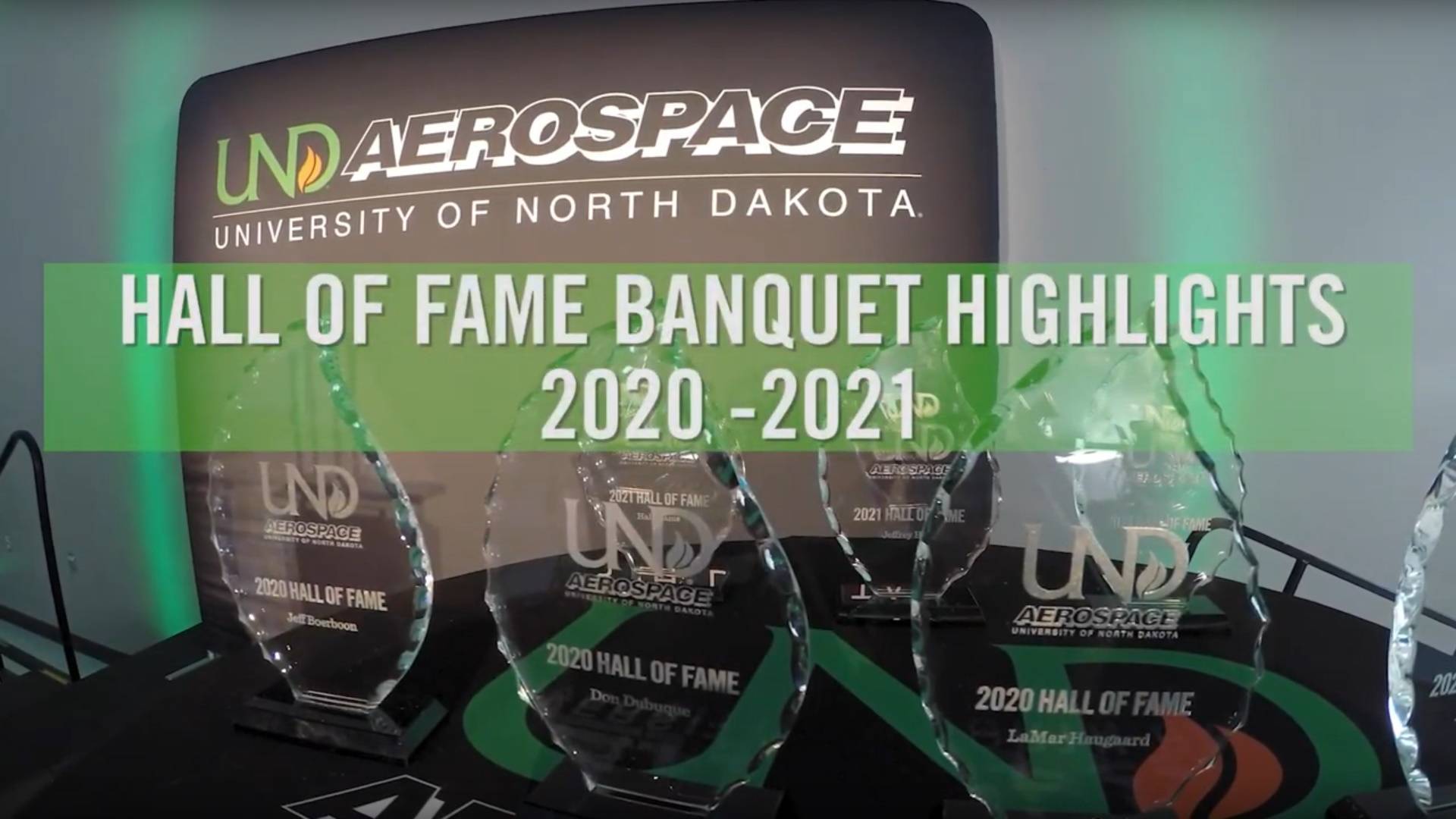 Since graduating in 1979, Hart has more than 42 years of airline operations experience. Until 2009, Hart held a variety of directing roles at Northwest Airlines, Inc. with expertise in operations control, passenger service, aircraft servicing, international operations, government and airport relations, facilities, and flight dispatch.

Since 2009, Hart has worked for Delta Air Lines as General Manager for Airman Certification Standards at Minneapolis-St. Paul International Airport. Hart has also served as the team leader of the Frozen Flyers since 2008 for the Minnesota Polar Bear Plunge, which benefits the Special Olympics.

Starting his career in the United States Air Force, attaining the rank of Staff Sergeant as an Air Traffic Control Specialist, Koslosky went on to serve as a Planning Supervisor, Operations Manager, and Executive Director for multiple airports in Wisconsin and Michigan.

Adams has more than 40 years of civil and military aerospace experience, specializing in business development and strategies support with emphasis in avionics. He served the United States Air Force as a B-52 combat flight crew member during the Vietnam conflict, where he was awarded the USAF Air Medal with three oak leaf clusters.

Adams would go on to co-found Accord Technology, where, during his tenure as COO, he achieved FAA approval for the industry's first advanced GPS sensors used in ADS-B technologies.

In 2015, Adams co-founded Aerospace Business Development, where he has since served as Managing Director. Four years later, in 2019, he co-founded AviaGlobal Group, another aerospace business development venture.

Hal Adams has over 40 years of civil and military aerospace experience, specializing in business development and strategies support, with emphasis in avionics.

Adams partnered with Accord Software & Systems to found Accord Technology. During his tenure as COO, Accord Technology achieved FAA approval for the industry's first advanced GPS sensors used in ADS-B and precision approaches.

Aspen Avionics acquired Accord Technology in 2015 and Adams was Executive VP of Aspen until leaving in February 2017 to devote full time to ABD. He is still an investor in Aspen Avionics.

Life experience includes USAF B-52 combat flight crew member and operations during the Vietnam conflict, awarded the USAF Air Medal with three oak leaf clusters. He is a U.S. FAA commercial pilot with an instrument rating and Certified Flight Instructor.

From 1979 through 2018, Dubuque's roles at the University of North Dakota included Chief Flight Instructor, Assistant Director of Flight Operations, and Director of Extension Programs. He helped establish eight extension sites on behalf of the UND Aerospace Foundation to provide flight training, which included partnerships with the U.S. Space and Rocket Center, as well as Cirrus Aircraft. Currently, the Phoenix extension site flies more than 45,000 flight hours annually.

Dubuque is also credited with buying and selling more than 300 aircraft for the University, and his strategy of owning rather than leasing aircraft saved millions of dollars for UND.

Bought and sold over 300 aircraft for the University of North Dakota. His business acumen to own, not lease, aircraft has saved millions of dollars for UND Aerospace.

As an FAA Designated Pilot Examiner (DPE) he has certified over 1,000 pilots, many UND students and instructors.

Serving as Chairman of the Board for the UND Aerospace Foundation since 2008, Martin spent many years of his career in airline leadership positions. In 1980, he joined the team that founded People Express Airlines, where he served as Managing Officer and helped lead the airline to $1 billion in revenue, 5,000 employees, and 130 aircraft in just five years.

After merging with Continental Airlines and acquiring Frontier Airlines in 1986, Martin would go on to serve as President for Frontier and later as Regional Vice-President for Continental. He is also credited with establishing the first university pilot bridge program between an airline and UND in the early 1980s.

While at UND, Martin was the first student president of the Student Aviation Advisory Council in 1969, and was on the first UND Flying Team to compete in the annual NIFA SAFECON competition.

2008-Present: UND Aerospace Foundation
Chairman of the Board

During his tenure as Chairman of the UNDAF Board, Robin
Hall was built and numerous new student scholarship
dollars were secured.

In 1980 joined the start up team that founded People
Express Airlines, which in five years grew to $1 Billion in
revenue, over 5,000 employees, and 130 aircraft before
being merged with Continental Airlines in 1986.

Established the first university pilot bridge program
between an airline and UND in the early 1980s. Over 100
recent UND graduates started at People Express Airlines
as Flight Engineers.

When People Express Airlines acquired Frontier Airlines
in 1986, Larry Martin was chosen to serve as the Frontier
Airline President.

Proud to have been on the first UND Flying Team to
compete in the NIFA competition.

Since his graduation in 1985, Haugaard has served as a Captain, Director of Pilot Hiring, and System Chief Pilot for Horizon Air. Before finishing at UND, Haugaard also worked as a flight instructor and as a charter pilot for Northern Airway.

UND Aerospace recognized Haugaard for his role in bringing more than 500 UND alumni to fly for Horizon Air via a university partnership valuing academic experiences for aspiring pilots. He's credited with mentoring many professionals in the industry, as well as serving as an Industry Trustee on the Board of Directors of the Aviation Accreditation Board International for 12 years.

Paved the way for over 500 UND alumni to be hired at Horizon Air through a unique revolutionary partnership that valued academic experiences.

Mentored many professionals in the aviation industry, making the people he worked with his proudest accomplishment.

Part of the Horizon Air leadership team that brought about many innovations to the industry, such as Required Navigation Performance (RNP) approaches, Heads-up display (HUD), and flying to reduced minimums.

Served as an Industry Trustee on the Board of Directors of the Aviation Accreditation Board International (AABI) for 12 years.

Boerboon is perhaps best known as an air show performer, having flown in more than 100 events and creating the one-of-a-kind Yak 110 - a combination of two Yak 55 aircraft with an additional jet engine. But since 1999, Boerboon has flown for Delta Air Lines as an Airbus 320 Captain.

Inspires the next generation of aviation professionals by performing in over 100 air shows.

Created the Yak 110 by combining two Yak 55s and adding a jet engine; it is a one of a kind aircraft.

University of North Dakota, 1978
Bachelor of Science in Aviation Administration

Has received the top sales award at Beechcraft, Raytheon, and Bombardier, including the Olive Ann Beech Award and Salesman of the Year

Served the John D. Odegard School of Aerospace Sciences by sitting on all of the Dean's Search Committees to assist in selecting the future leaders of the college (1999 and 2016)

Attributes his success in the aviation industry to his experiences at UND, including: serving as the President of Alpha Eta Rho, Chairman of the Student Aviation Advisory Council, and Assistant Coach of the UND Flying Team

University of North Dakota, 1977
Bachelor of Science in Aviation Administration

Was instrumental in the successful merger of two of the world's largest SOCs: Northwest Airlines and Delta Air Lines (2009)

University of North Dakota, 1978
Bachelor of Science in Industrial Technology

Business Innovator of the Year, awarded by University of North Dakota's Center for Innovation (2001)

Fargo Jet Center, Inc. was awarded "2010 Business of the Year" from the Fargo Moorhead West Fargo Chamber of Commerce

The University of North Dakota's involvement with the National Intercollegiate Flying Association (NIFA) predates the department of aviation. The UND Flying Club, spearheaded by John Odegard, began competing at the National Safety and Flight Evaluation Conference (SAFECON) in 1966. It was at this national event of collegiate aviation programs where Odegard networked with individuals and gained access to curriculum that would serve as the basis of what was later approved to start the aviation program at UND.

It took nearly 20 years of competing at the National SAFECON for UND to secure a National Championship. In 1985, Coach Kent Lovelace led his team to an astounding victory over the rival teams. Winning this competition on the national stage propelled UND's aviation program to be considered a leader in collegiate aviation. The first victory started an unmatched period of success with UND winning seven consecutive national championships from 1985 through 1991. UND elevated the level of competition for the nation that continues to this day. The success of the 1985 National Championship Flying Team helped shape the future of aviation education and prominence at UND today.

University of North Dakota, 1982
Bachelor of Science in Aeronautical Studies and Geography, Minor in Atmospheric Sciences

University of North Dakota, 1973
Bachelor of Science in Aviation Administration

Member of the initial management team that successfully launched the Company Airline Program, an innovative turnkey leave program, new to the aviation industry

Primary liaison between Cessna and author Jeffrey L. Rodengen in writing and publishing the book The Legend of Cessna

We use cookies on this site to enhance your user experience.